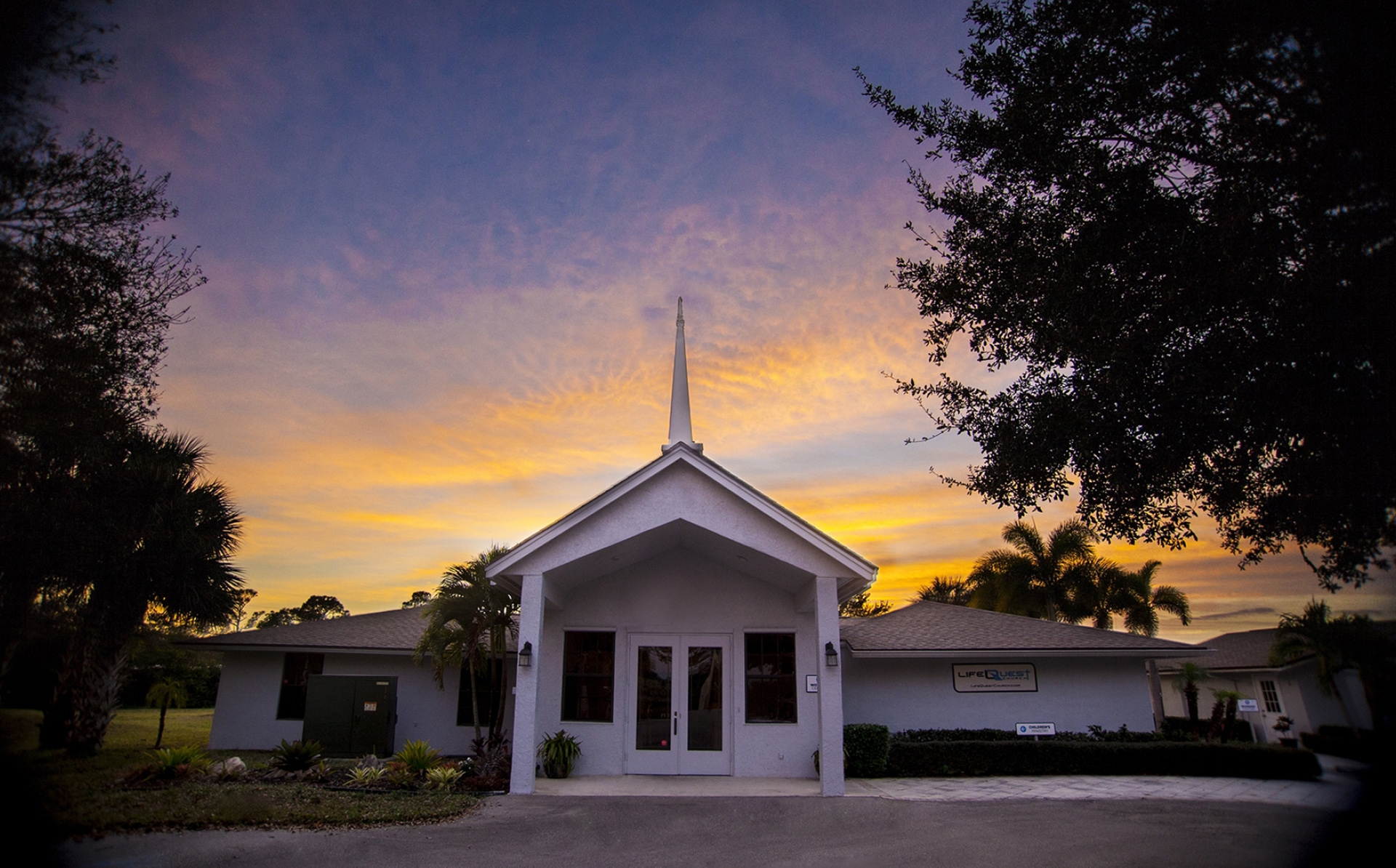 ‍
The church property was originally a private home. In 1985 it became a synagogue. After the property was purchased in '91 as a church plant, 30 original members formed the core of the newly chartered Palm City Community Baptist Church 2 years later.

‍
In 2000, Dr. Browning retired and several pastors filled the position for a few years until John Harvey, a former youth pastor at First Baptist Church, Stuart Florida filled the position in 2003.  Under Pastor Harvey's leadership, the church name changed from Countryside Baptist to the current LifeQuest Church.  During his 10 year tenure, Pastor Harvey grew membership to approximately 80 members, built a new sanctuary and incorporated a mission statement:  "Passionately pursue God and express His love to others." In 2013 he resigned to serve on the mission field in Haiti.

‍
2014 was a trying year at LifeQuest Church as membership dwindled to a small core of members.  The significant decline of the church body had the few remaining members questioning if they should work to keep the doors open.  After a membership vote to continue LifeQuest as a church body, Michael Thedford was invited to become an interim pastor. The position was such a good fit that he became pastor of LifeQuest Church later that year.  Since "Pastor Mike's" tenure as lead shepherd, the church has grown to over 100 members and the mission statement is now "Pursuing God and Loving Others."

We would love for you and your family to join us Sunday mornings at 10 am.

© All Rights Reserved to
LifeQuest Church
Our Beliefs